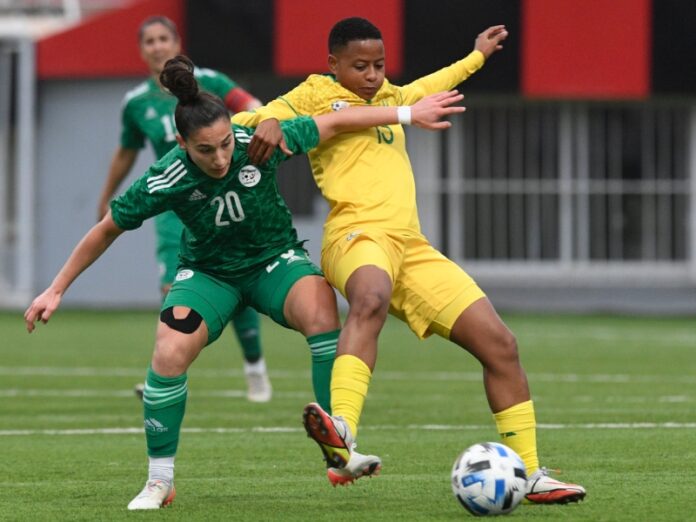 The South African women’s football team has secured its place in the Africa Women Cup of Nations in Morocco later this year, following their 3-1 aggregate win over Algeria.

The second leg at the Omar Hamadi Stadium was always going to be a difficult one for Banyana. After a 2-0 win in Johannesburg on Friday, Desiree Ellis’s side knew that the Algerians would come out all guns blazing in their home encounter this evening.

The game was off to a slower-start than many would have anticipated. However, the hosts did find the back of the net just before the halftime break.

The goal came after the Banyana defence failed to stop Sylia Koui from bringing the North African nation back into the tie.

There was more of the same from Algeria at the beginning of the second half as they looked to level the aggregate score.

Linda Motlhalo converted a crucial penalty just after the hour mark, after a handball in the area. The goal proved crucial in the grand scheme of things, with South Africa keeping their composure in preventing any late surprises.

The result means that Banyana will once again play in the competition, in which they are the current runners-up.

The 2018 penalty shootout defeat against Nigeria is still fresh in the memory and the team will look to do one better this year when the AWCON kicks off in July.