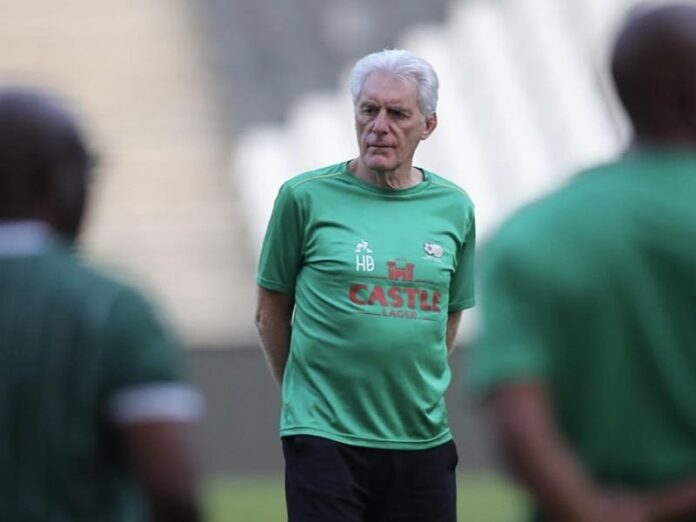 Bafana Bafana coach Hugo Broos settled for what he despised and that makes him hard to trust, writes Menzi Magubane.

Hugo Broos is playing a different tune now when it comes to the opponents he wants the national team to play in friendly matches.

The Belgian-born coach initially fought tooth and nail to fight competitive opponents. Now, he is happy to “win” against easy targets. South Africans should be wary that he is settling for mediocrity.

Broos was not happy when his bosses at South African Football Association (Safa) were matching Bafana Bafana with lower ranked teams to play international friendlies.

He demanded Safa give him higher ranked teams which he believed would test his lads and give them an opportunity to learn and grow.

You don’t, after all, get better at anything playing one easy mode. South Africa needed opponents who would test them and keep them on their toes.

Broos got what he was looking for earlier this year, as Safa managed to organise a friendly against France.

That was a good start. However, his joy was short-lived as the association quickly reverted to their old ways, organising friendlies against low-ranked teams.

It seems like the Belgian is now comfortable with playing these teams, saying he doesn’t want to play strong teams to avoid disappointment.

“The opponents we will choose now are at a lower level than France, Moroccans and Ghana. But when we played these teams, and certainly against France, we had problems,” said Broos in a press conference on Sunday.

“I said it before that it was not fair to play Ghana and Morocco who are in the World Cup while France are the world champions.”

This is a far cry from Broos’s earlier demands, and the coach now feels that winning is important as he is building a team for next year’s Africa Cup of Nations qualifiers.

“I changed my mind and said now we’re going to play against opponents who are good but not the top and we will try to win,” he said.

“Winning is important because you get confidence. So this is the way I try to work now and in the past months we have achieved our goal. The team is winning.”

Is Broos’s change of heart a sign that he is learning on the job or that he is conceding ground to the powers above? Time will tell, but South Africa’s fans should be on high alert that it’s the latter.