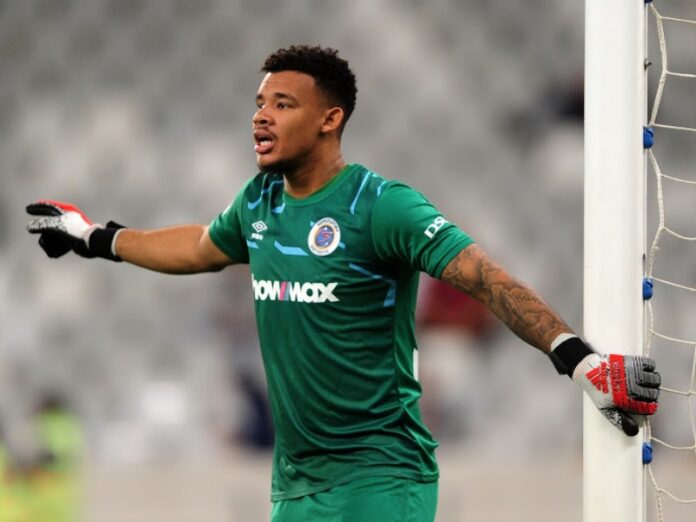 Coach Hugo Broos might be forced to look elsewhere to cover for his injured Bafana Bafana captain for the upcoming Africa Cup of Nations (Afcon) qualifiers.

The number one goalkeeper and team captain Ronwen Williams suffered a shoulder injury that has seen him missing recent DStv Premiership matches for SuperSport United.

Next month Bafana begin their 2023 Afcon qualifiers with games against Morocco and Zimbabwe. This is Broos’s first Afcon.

The Belgian will hope that his captain will be fit enough to be available for these matches. However, Williams is in danger of missing the two remaining Matsatsantsa’s matches of the season. This could be a huge setback for Broos.

Qualifying for next year’s Afcon, which will be held in Ivory Coast, is one of Broos’s key mandates. The other one is to guide Bafana to the 2026 FIFA World Cup that will be co-hosted by the USA, Canada and Mexico.

Broos will be under immense pressure should he fail to take Bafana to the Afcon. Bafana failed to qualify for the Afcon held in Cameroon earlier this year, which resulted in Broos’s predecessor, Molefi Ntseki, being sacked in March 2021.

Bafana last qualified for the Afcon in 2019 held in Egypt when Stuart Baxter was in charge.

While Broos will be hoping that his captain recovers in time, the coach is boosted by Percy Tau’s recent form. The Al Ahly star striker was a hero for the Egyptian outfit on Saturday when they ran riot in their match against El Satif, beating them 4-0.

Tau scored two goals and provided two assists. Without a doubt this made Broos a happy man as he has never used Tau before.

Tau has been off-form or been injured every time Broos announced his team for either friendly matches or qualifying. This time Tau is likely to make it back to Broos’s team and he will be expected to help Bafana to get closer to qualify for the next Afcon.