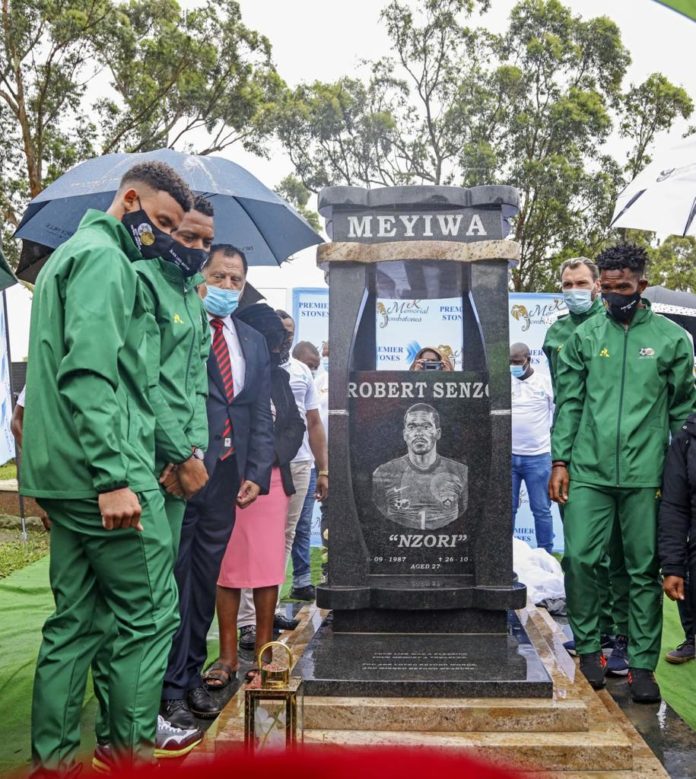 There’s an air of magic in the Bafana Bafana camp ahead of their matches against Sao Tome and Principe this coming weekend.

Bafana Bafana coach Molefi Ntseki is upbeat and raring to go for the maximum six points on offer against the islanders.

The Bafana squad attended a function at the Moses Mabhida stadium earlier this week for the unveiling of the late Bafana goalkeeper Senzo Meyiwa’s who was shot and killed at the home of his girlfriend Kelly Khumalo’s mother in Vosloorus in 2014.

The South Africans are happy that the Sao Tome soccer federation requested that SA hosts the two matches, forfeiting their home ground advantage. The match will be played in Port Elizabeth, apparently because of Covid and to ensure the minimum of travelling.

This has given Ntseki’s charges the inside track. Many experts believe that it would be an error if they were to drop the points that were seemingly handed to them on a platter.

“We will obviously benefit by playing the two matches here in SA,” said coach Ntseki.

“We need to perform well because supporters want success and results. We don’t underestimate our opponents and we have done our homework.”

Ntseki and his boys are in second place in Group C of the African Cup of Nations after two rounds of matches. They defeated Sudan and lost to the Black Stars of Ghana. After Sao Tome, they will play Sudan away and Ghana in Johannesburg.