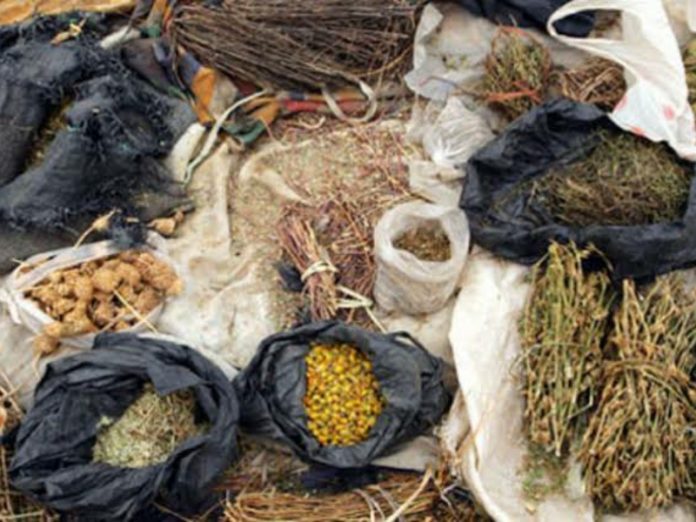 When seven armed suspects went to a traditional healer after a robbing spree for cleansing and protection, they thought they had evaded the police.

Little did they know that even the muthi power was not enough to stop the police from arresting them.

The suspects, aged between 30 and 40, were nabbed while at a traditional healer’s house in Bergville on Wednesday.

Earlier in the day, they had allegedly entered a supermarket at the Upper Tugela in the Bergville area and robbed workers of an undisclosed amount of money.

The manager of the store, who did not want to be named, spoke to Scrolla.Africa.

“My employees fear coming to work. It was a terrible experience for us. I’m still traumatised.”

He said the men entered the store and pretended to be buying.

“The next thing they pulled out their guns and demanded cash.”

The matter was reported to the police, and the search for the suspects started.

Police spokesperson Colonel Thembeka Mbele said the police were tipped off after the suspects were spotted at the traditional healer’s house in KwaDukuza, more than 200 kilometres from the shop they robbed.

When the police cornered the suspects, five of them ran towards a river and jumped into it.

The police chased them and dived in, too, and arrested five of them in the river and the other two at the traditional healer’s house.

A 9mm pistol and folded packet from a security company were recovered at the traditional healer’s house.

“Police divers are currently searching for the bag containing cash and firearms that were thrown by the suspects as they were fleeing the scene,” said Mbele.

She added that the suspects may also be linked to two robberies, which took place in Ladysmith and Winterton.

“It is alleged that on 5 July 2021 at 12:35, a group of armed men entered a shop on Springfield Road in Winterton and demanded cash and cellphones from the employees.”

According to Mbele, the third incident happened on 5 July 2021, when the suspects robbed a security van of an undisclosed amount of money.

The suspects, who face charges of robbery and illegal possession of firearms, will appear in court soon.

Tweet: A chase ensued and instead of being spiritually cleansed, the suspects were cleansed in a nearby river