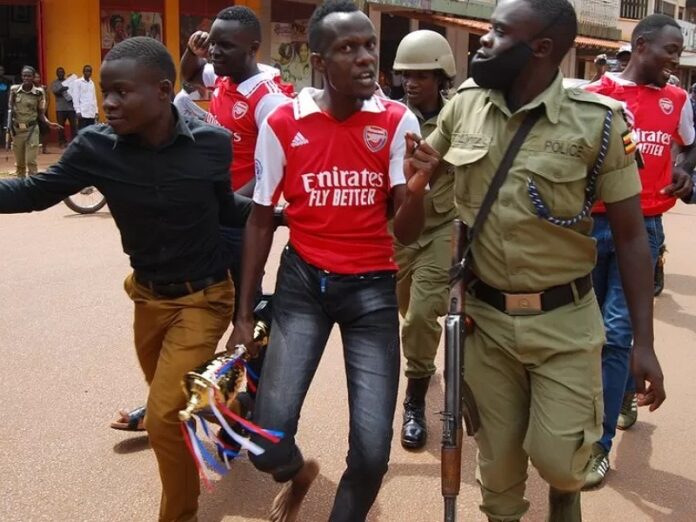 More than 20 Arsenal supporters were arrested in Jinja, Uganda on Monday after celebrating their team’s 3-2 win over Manchester United and hosting a trophy parade of their own.

Police claimed that the fans did not have the required permits to hold a procession in which a convoy of five vehicles paraded the streets.

One fan of the North London club was pictured carrying a trophy he had bought at a local store, showcasing the belief that Gunners fans have about the possibility of winning the Premier League title this year.

Regional police boss James Mubi is one of the few Arsenal fans that is not yet celebrating, and instead sees the good in the arrests being made.

“What would happen if an altercation with rival fans broke out? They did not inform police to provide security for their procession,” Mubi said per BBC, as he questioned why celebrations were so rife only halfway into the season.

The fans in question could not see the serious side as they laughed upon being arrested.

“I don’t know what we have done but we were simply celebrating our victory over rivals Manchester United,” one of the fans said per Uganda’s Daily Monitor.