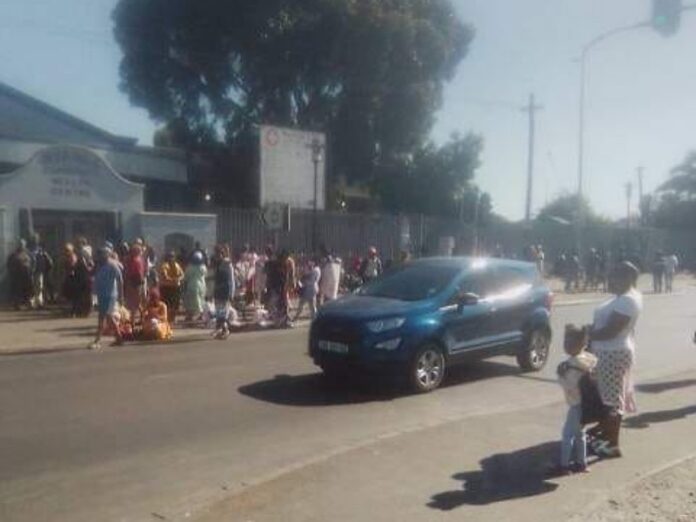 Some patients arrive as early as 5am at Nyanga Community Health centre in Cape Town to be the first in the queue.

But they are increasingly being targeted by armed robbers while they wait for the clinic to open.

Mandisa Jiyana wants the Health Department to allow them to queue inside the clinic.

“Waiting outside is dangerous. We not only get robbed but the chances of getting even sicker are high as it is freezing cold in the morning.

“You will find patients outside even when it’s raining. Standing outside exposes us to so many bad things,” she said.

“We are not saying we won’t get robbed inside the clinic but it won’t be as easy as it is at the moment. It is safer inside than being outside,” Jiyana said.

Another patient told Scrolla.Africa that they have been complaining about this for years.

“There is no change. It shows that they don’t care about us,” the patient said.

Monique Johnstone, Principal Communication Officer, Department of Health and Wellness in the Western Cape, said the clinic operates on an appointment system and operational times are from 7am to 4pm from Monday to Friday.

“The first appointment time slot is 8am, and for the safety of our patients we encourage them to arrive at their stipulated appointment time and not queue outside the premises where they are targets for criminals,” Johnstone said.

Previously, patients were allowed to wait on the grounds before opening but due to personnel safety, theft, and damage to the property that started occurring, management stopped allowing people to enter the facility before staff arrived.

“There is no supervision at 5am, and patients would be left unattended which could become a liability to the department,” she said.

“We request that people make an appointment for healthcare services at Nyanga CDC and adhere to their appointments and arrive at the facility when they are scheduled to be seen by our healthcare professionals,” she said.