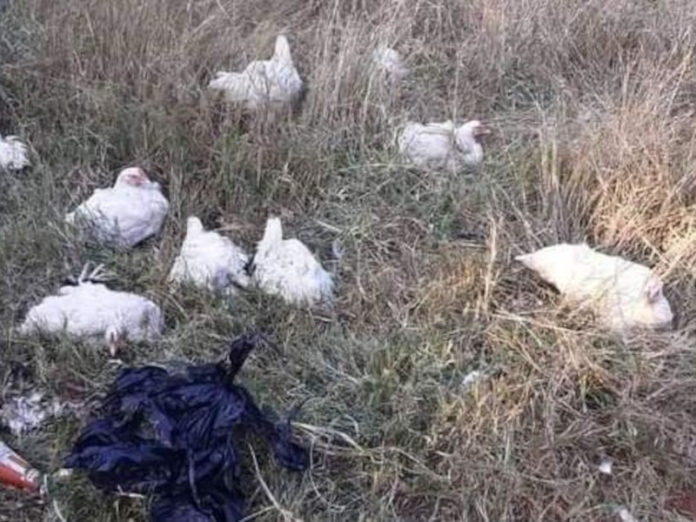 A month ago Dididi residents were treated to a chicken feast when chickens appeared from the bushes as if by magic.

Over the weekend, more than 200 broilers were spotted by mud brickmakers along the banks of Nandoni Dam near Thohoyandou in Limpopo, the same area where the previous ones were found.

Ecstatic residents were warned against eating them, but they couldn’t resist the temptation of free supper!

Brickmaker Simeron Mavunda said he saw people carrying as many as five chickens each and joked that the chickens were once again crossing the road.

He said he was lucky to catch seven chickens before they all disappeared.

“Just a month ago I harvested ten chickens from the bush,” he said.

“We saved a lot of money as we did not buy meat for the month.”

Simeron said they risk their lives trying to catch fish in the crocodile infested dam, but this time God had heard their prayers.

“He brought free meat right to our doorstep,” he said.

Local traditional leader Chief Lyborn Azwitamisi Mbubana has warned his subjects not to eat the chickens as they don’t know where they come from.

Community leader Phanuel Mathebula of the local civic council also warned residents from eating the mysterious chickens saying they might be a health hazard.

But residents, in spite of the warnings at a community meeting, grabbed the chickens.

“We ate the chickens last month and nothing happened,” said a resident.

“We are still going to have these ones. We can’t afford to buy meat and this is manna from heaven for us.”