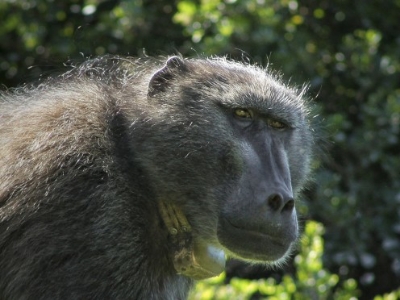 Philemon, a well-known baboon from the Cape Peninsula, has been killed by authorities for allegedly breaking into the homes of local residents.

The City of Cape Town released a statement saying Philemon was “euthanised” on Thursday 8 April for “the safety of Smitswinkel Bay troops and the local community.”

The statement alleges that he began to raid residences in the Murdoch Valley area last year:

“The male baboon entered the urban area on more than 40 occasions, and in February alone he entered houses on more than 10 occasions while residents were inside.”

But the news has been met with anger and confusion from both the local residents and animal rights groups, who claim that there is a lack of evidence to support these claims.

The boisterous baboon was the alpha-male of the Smitswinkel Bay troop and a popular figure with many of the locals, who would often photograph or film him when he made an appearance.

However, it is believed that a small group of residents who were not fond of the baboon ordered authorities to put it down.

Residents in the area of Gibson have been campaigning for the removal of baboons that had been breaking into their homes, and had sent numerous reports to their ward councillor, Simon Liell-Cock.

They said that the raids had become so frequent that they had to introduce “baboon-proofing” measures to protect their garbage bins, vegetable patches and open houses.

However, Chantal Luyt, the Councillor’s Appointed Representative of Baboon Suburbs in Smitswinkel Bay, maintains that there is no proof that Philemon was responsible for all of these incidents.

She observes the troop almost daily and says that several baboons carry out these raids at once.

Luyt claims that Philemon was scapegoated, telling the Daily Maverick, “They are trying to pin it on him in order to take him out,” she said.

The City of Capetown stands firm on its position that the baboons were causing discomfort to its residents and putting Philemon down was the last resort.

However, CapeNature, an animal conservationist organisation, argues that if they were called upon they would have removed Philemon from the area and restored peace to all the residents involved.