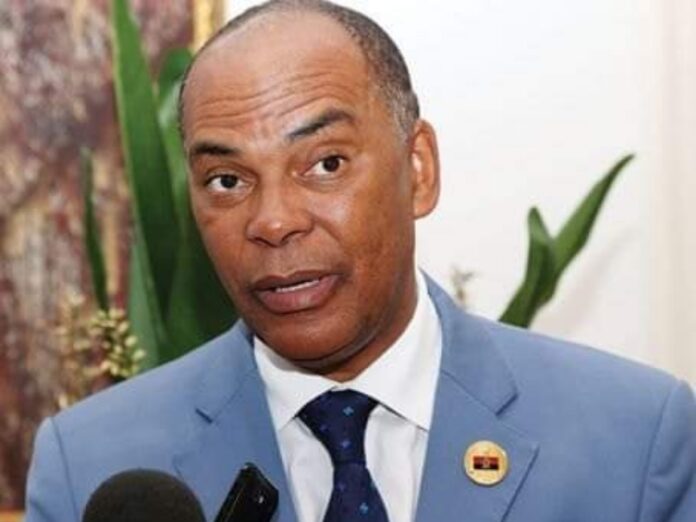 ELEPHANT EYE: Sousa Jamba says that parts of Luanda have not had water for months, and yet the water company is filled with engineers with impressive diplomas.

Two weeks ago, a question which had been generating much heat in Angola was finally settled: Adalberto Costa Júnior, leader of UNITA, the main opposition party, had indeed finished his engineering course in 1997 at the Porto School of Engineering in the north of Portugal with a passing mark of 55 percent.

This news generated much discussion. Since becoming UNITA leader in 2017, Costa’s political rivals have attacked his character, claiming that he had never completed his engineering studies.

Carlos Alberto, a journalist who openly admits to being in the pay of the intelligence services, became the conductor in the choir, claiming that Costa Júnior could not be referred to as Senhor Engenheiro or Mr Engineer.

In Angola, titles matter a lot.

If you address a person with a degree as simply Mister or Madam, they will take serious offence. In a government department, it is always wise to call everyone Doutor or Doutora – Doctor.

Angola’s first president, Antonio Agostinho Neto, was a medical doctor and a poet. After he came to power in 1975, anyone who was anyone wanted to be a published poet.

The Angolan Writers Union was filled with members of the ruling party who were poets. There were few novelists who applied, as it took too much effort to write fiction.

The other burning wish for the new elite was to have the title of doctor — not medical doctors, but doctors with undergraduate degrees.

At independence there was only one university – and that catered mainly for children of the white colonial elite.

Neto wiped out hundreds of intellectuals in 1977, two years into his rule, accusing them of plotting to overthrow him.

Thousands of young people who had the academic background to become proper doctors were killed.

The result was that many of the institutions in the country were led by functionaries who had not completed secondary school. Yet they wished fervently to be addressed as “doctor.”

A new university, named after Agostinho Neto himself, set about churning out doctors in the humanities (not medical) as quickly as possible.

There was a two-year degree at a special university for members of the ruling party; after graduating they insisted on being called doctor.

Some professors lamented that some of their worst students were being promoted to high office.

Judges with a sketchy notion of the law presided over trials.

The obsession with being called doctor forced many to cut corners. In Luanda, there is an area where men with computers and printers specialise in offering diplomas in any subject and from any university.

As it is not wise to claim to have a degree in English from Harvard or Oxford when you hardly speak English, Angolans who bought the fake degrees opted for lesser-known American and Brazilian universities.

In the rush to obtain diplomas, Angolans also rushed to Portugal to study at institutions which made it easy for them to get in.

They returned to Angola with dodgy doctorates, which they did not hesitate to display.

When it comes to speculating about diplomas, there are some figures that are untouchable in the state-controlled media. Former president Eduardo dos Santos apparently studied petroleum engineering at Baku, Azerbaijan, in the former Soviet Union.

Dos Santos was always referred to as Senhor Enginheiro, although he rarely spoke about engineering and was never heard uttering a single word in Russian.

The current president, General João Lourenço, was educated at Lenin Military Academy where he got a master’s degree in military history.

He too never speaks about his days in Moscow, and no one has looked at his grades.

Meanwhile, the rivals of Adalberto Costa Júnior have not finished with the diploma issue. While they concede that he did finish his studies, some criticise him for getting an average final mark, and others even question whether the diploma acquired after three years of study could be considered a degree.

Ordinary Angolans will agree that diplomas are not an accurate indication of competence; there are parts of the capital, Luanda, which have not had water for months, and yet the water company is filled with engineers with impressive diplomas.