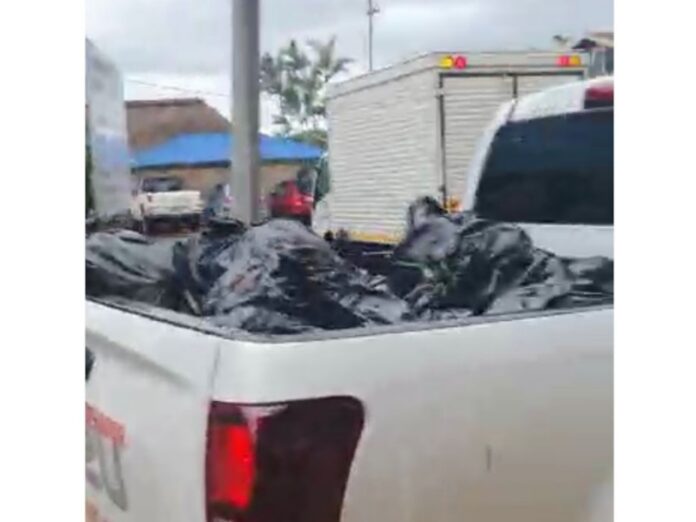 ANC volunteers tasked with handing out food to the victims of the devastating KwaZulu-Natal floods have allegedly been giving them to their associates instead.

The volunteers also face accusations of bullying NGO workers who are also meant to be distributing food parcels to the victims.

Thandazile Makhoba, board member of the foundation revealed that they are trying to distribute and cook food for flood victims.

“ANC volunteers have seen this as an opportunity to take food and other relief parcels to the people of their choice and they are bullying us,” she told Scrolla.Africa.

She added that the organisation of the relief distribution has been poor, with lots of food going to waste because it is being spoiled by workers who can’t cook.

“We have received donations from people and businesses to assist flood victims. Sometimes when you go to these places where the victims are placed you find that they have been given food that is badly cooked. We fixed that and did the cooking,” she said.

ANC eThekwini secretary Musa Nciki said that they are not aware of the allegations and they have not received any complaints.

“We will do a thorough investigation with regard to this matter because we don’t have any knowledge about it,” said Nciki.

IFP eThekwini Chief whip councillor Ntombifuthi Gumede said this is not the only problem, suggesting that some councillors are registering people who were never affected by floods to benefit from relief programmes.

She said this means that the assistance goes to the wrong people and the real victims are left out.

“In many areas, flood victims are no longer willing to submit their details due to this type of corruption. In ward 74, people have never received food and it is painful because food and other essentials are given to those who are connected,” she said.