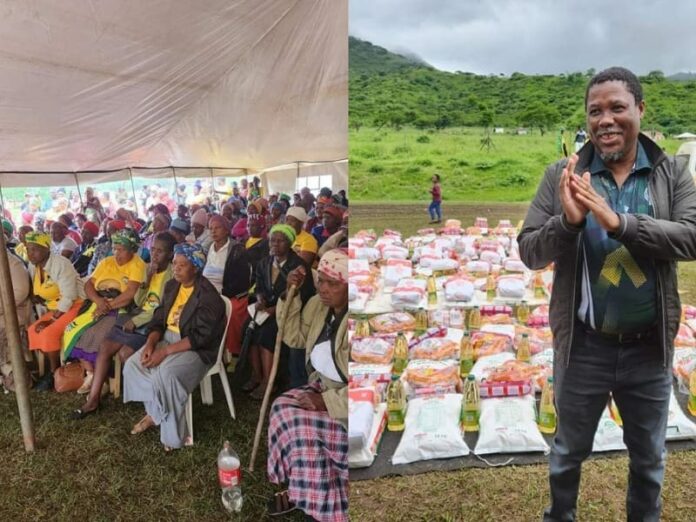 Cometh the by-election, cometh the food parcels and other free ANC regalia.

This is a shameless strategy the ruling party has been using for years to get support in rural communities.

Many in this grouping believe they owe the ruling party a vote in return for the social grants and basic services.

The use of food parcels was once again on full display when ANC KZN secretary Bheki Mtolo and provincial treasurer Ntuthuko Mahlaba visited Ward 11 in Maphumulo Local Municipality.

On the eve of a crucial by-election in this closely contested council on 30 November, a social grant package is made up of 10kg maize-meal, 10kg cake flour, sunflower oil, 2kg French polony, and 5kg frozen chicken pieces.

With so many food parcels on display, the tent erected for the community was overflowing in packages for the people in attendance.

In Melmoth, ANC KZN deputy chairperson Nomagugu Simelane took her charm offensive to Ward 5 at Mthonjaneni Local Municipality ahead of the by-election on Wednesday.

Both KZN wards under contestation were previously controlled by the ANC but it won them after very close contestation.

Since the November 2021 Local Government Elections, there has been a resurgence of IFP popularity in KZN which has seen the party beating the ANC in recent contests.

According to the IEC, nine municipal ward by-elections will take place in the Eastern Cape, Gauteng and KwaZulu-Natal on Wednesday.

“The by-elections will be contested by one independent candidate and 40 candidates from 15 political parties,” they said.