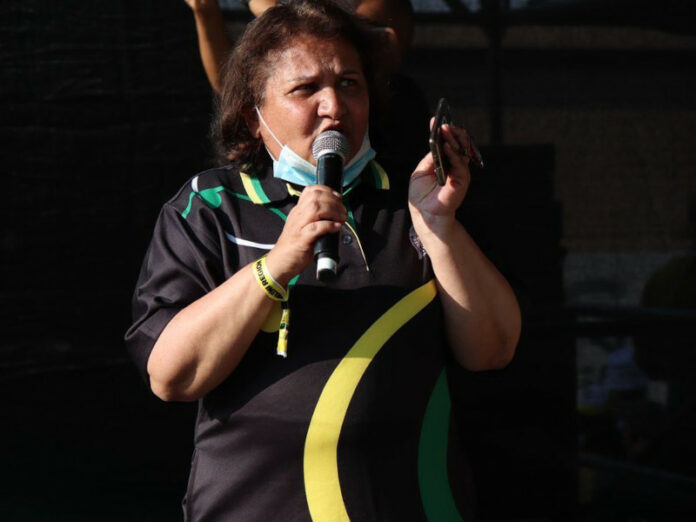 The ANC has announced the death of its deputy secretary Yasmin Jessie Duarte.

Duarte had been on medical leave since November and finally lost a long battle with cancer on Sunday 17 July at the age of 68.

Her death comes on the eve of the ANC’s all important national elective conference.

Duarte will be buried in Johannesburg om Sunday afternoon in line with Muslim rites.

Duarte is celebrated by her comrades for a lifelong commitment to the struggle against apartheid and her unwavering fight for the involvement of women in key positions in government.

She will be remembered for her role as a special assistant to former president Nelson Mandela.

Duarte also served as a member of the provincial cabinet for Gauteng and an ambassador to Mozambique before returning to the ANC head office as party spokesperson.

Since May 2021 she held the fort as leader of the secretariat following the suspension of party secretary Ace Magashule, for his alleged involvement in the infamous R250 million asbestos roof tender in the Free State.

Duarte had the complex task of leading the rebuilding of ANC branches and structures that have been compromised by years of factional political squabbles.

In her last years in the ANC, Duarte was part of the leadership structure that brought Jacob Zuma to power and spent a decade defending his destructive reign that led to the capture of government and numerous state entities.

She remained one of the strongest critics of Chief Justice Raymond Zondo’s state capture commission, even suggesting it was being used selectively to frustrate the political ambitions of some leaders in the ANC.

Duarte had already announced that she would resign and not be available for election at the ANC conference in December.

Sadly it was during her reign that the ANC failed to pay its employees for months on end.