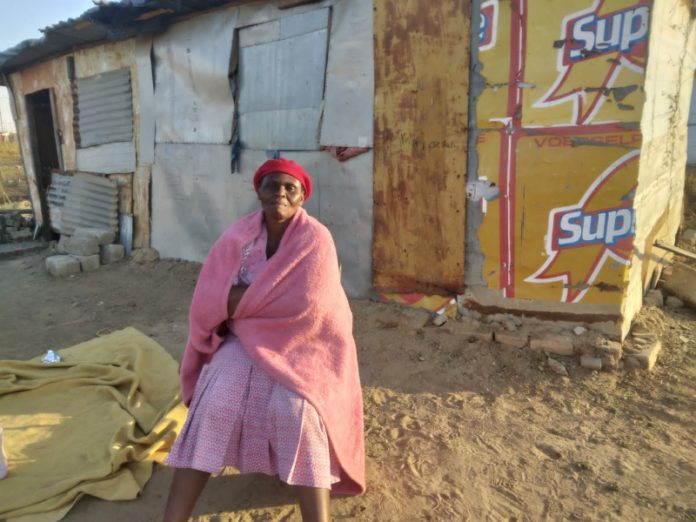 For seven long years, gogo Elizabeth Mamadi has been staying in an informal settlement, hoping that one day she would get an RDP home of her own.

But when residents from her informal settlement in Mamelodi East in Tshwane were relocated last year, she was left behind. According to the City of Tshwane, she doesn’t have a stand number.

“I have pleaded with our ward councillor many times to help me get a stand number but he hasn’t been of any help,” Mamadi told Scrolla.Africa.

She said now that she is living by herself in the area, she has become the target of thieves and thugs have broken into her shack and stolen her belongings.

Mamadi’s daughter Mavis said the local councillor refuses to help her but councillor Ananias  Mogalusi said that Mamadi is not the owner of the stand where she is living.

“The owner of the stand apparently sold it. Mamadi can’t get a stand number on the basis that her shack was erected seven years ago,” said Mogalusi.

Gogo Mamadi’s case comes at a time when the City of Tshwane is trying to convert at least 19 of their 226 informal settlements within the city.