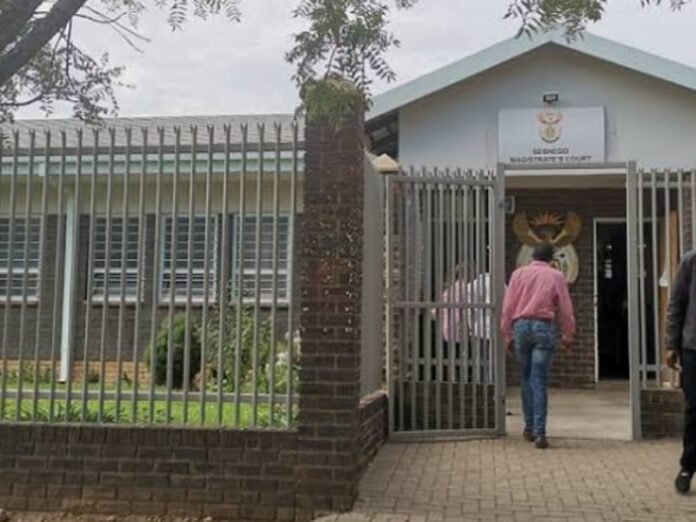 Alleged serial rapist and murderer Themba Dube made physical threats to a Scrolla.Africa reporter for taking a picture of him as he arrived at the Seshego Magistrate’s Court under heavy police guard on Monday.

Unlike in his previous appearances where he appeared in court escorted by one police officer, this time he was escorted by a van, an armoured nyala and a 14-seater minibus full of armed men and women in blue.

He has still abandoned his bail application, saying he fears for his life should he be outside prison.

Dube strutted into a courtroom full of angry people, made worse by his apparent arrogance.

When he threatened the Scrolla.Africa reporter for taking a picture of him in court, John Mothiba, the husband of murdered Sarah Mothiba came to the defence of the newsman.

“You are not going to kill this man who is merely doing his work. He is not like the defenceless women you killed in cold blood,” said the visibly angry husband.

The bereaved man was correct. Scrolla.Africa’s reporter was abiding by the letter of the law and didn’t put a foot wrong.

While bereaved family members of the victims were hurling insults and threats at him, Dube buried his head between his knees, rubbing his eyes as if he was crying.

State prosecutor Anna Thabana recommended that the case be remanded to 12 April.

“There is a huge backlog of DNA results at the police laboratories in Pretoria so we hope that by April the results may have been released.”

As he was escorted back to the van to take him back to holding cells at the Polokwane police station, John and his brother-in-law, Tshepo Ntini – who is Sarah’s brother – followed close behind him and police had to stop the angry men.

Sarah was buried on 17 February in Ga-Chuene village, south of Polokwane.

As the police motorcade left the court, angry protesters threatened to pelt the van with rocks but were restrained by armed police.