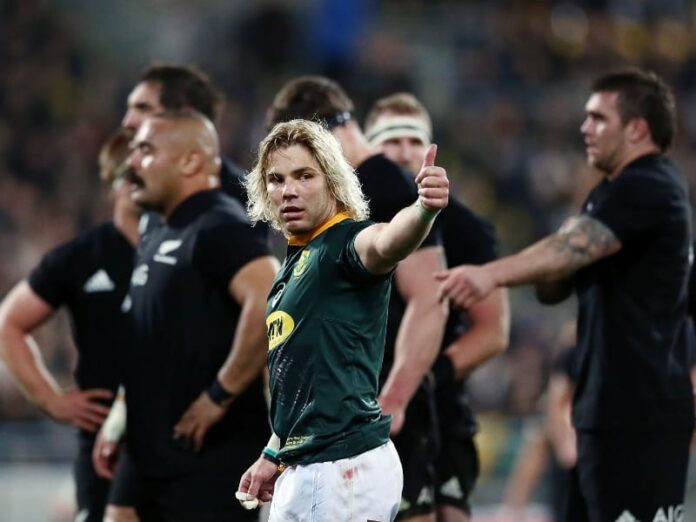 Former All Blacks flyhalf Stephen Donald got it right when he highlighted the Springbok halfbacks as a weakness.

“Pollard isn’t in vintage form but Faf’s the one that I reckon we can get to,” he said.

And the All Blacks are spoilt for choice with their halfbacks, aren’t they. Who better, from an All Blacks point of view, than Aaron Smith and Beauden Barrett (and Richie Mo’unga) to put the Springbok halfbacks under pressure?

Questions have been asked about Faf de Klerk’s ability to place the box kick on the proverbial “penny” and that is what is needed for the box kick to work.

If he gets it too long, it’s going to be a hard afternoon for the South African centres and loose forwards to contain the All Blacks backline. Watching Jordy Barrett with space to move is a joy to watch, unless he is running at your team!

One hopes that Kwagga Smith comes on rather sooner than later. If he has a good day at “stealing” the ball in the loose, that may be crucial.

And if Pollard feels the heat to such an extent that his place-kicking is affected, that could be a problem.

Nonetheless, the All Blacks are first going to have to deal with the Springbok forwards.