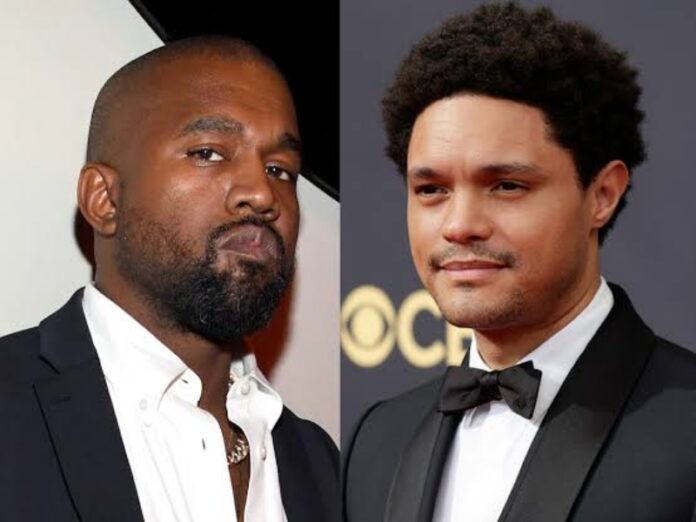 The host for the 64th Grammy Awards, Trevor Noah, might need to beef up his security come 3 April, in light of Will Smith’s recent antics.

After seeing Chris Rock get slapped by Smith at the Oscars, Noah might fear a similar stunt from Kanye West. The South African comedian recently became embroiled in a Twitter beef with the erratic hip-hop legend.

West has reportedly been barred from performing at the Grammy Awards after calling Noah the racial slur “K**n” on Twitter.

West was reacting to Noah’s comments about his recent behaviour towards his ex-wife Kim Kardashian and her new boyfriend Pete Davidson.

Despite being unable to perform at the awards show, West will likely still attend the ceremony as he is nominated for seven awards, including for the album of the year for Donda.

Being an A-list celebrity, West is also likely to be sitting in the front row – posing a possible threat to his new enemy.

Noah, who hosts The Daily Show, will be hosting the Grammy Awards for the second time, after his successful appearance last year.