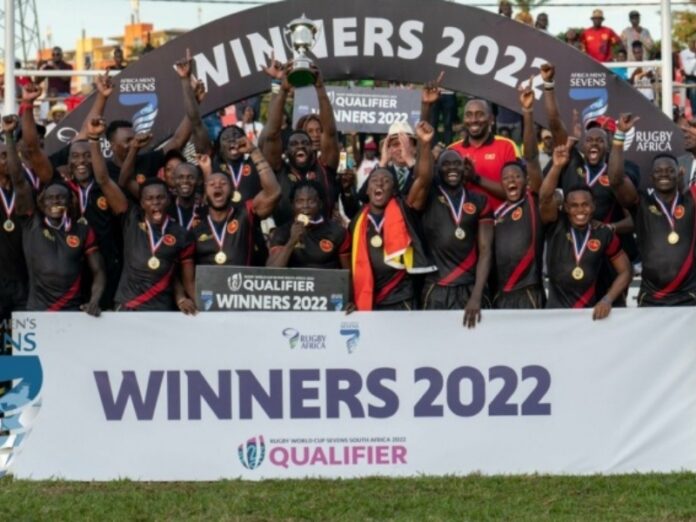 After winning the Africa Men’s Rugby Sevens title as hosts, Uganda earned their spot at this year’s Commonwealth Games and World Cup Sevens.

Uganda triumphed over Zimbabwe in the final while Kenya finished third in the tournament, both sides qualifying for the World Cup set to be held in South Africa this September.

The Blitzboks did not participate in the Africa Men’s rugby tournament due to their global ranking, which has already qualified them for the Commonwealth Games.

Despite Uganda winning 26-0 in the final and looking to become an African giant in the sport, manager Tolbert Onyango said their biggest tests are yet to come.

“Therein lies the challenge – we need to be playing a lot more in tournaments like these, which have high intensity,” the former Kenya international told BBC Sport.

“But between this weekend and the Commonwealth Games, I don’t see any hope of us taking part in a prep tournament, so it is going to be a big challenge.”

Onyango added that his side needs to play at least two more tournaments before the World Cup if they wish to be competitive.

The Ugandan rugby team are part-time players. They work for their monthly salary and train outside of working hours.

“It’s the nature of sport down in this part of the world – guys have to go off and get their daily bread and then spare a couple of hours for rugby,” Onyango said.

“We are working hard, talking to governments and a couple of the sponsors to ensure that we can get ourselves a week or so [before the Commonwealth Games] into camp so that we can get the boys truly focused.”

Other than South Africa, Kenya have made a name for themselves on the rugby scene, a feat Uganda are hoping to emulate.

“We want to emulate them, we want to get to the World Series, and we know it’s going to take a lot from the boys, not just physically but also in financial terms,” Onyango said.

Uganda is currently ranked 17th of 21 sides in the sevens rankings and are looking to overtake Kenya, who are in the 12th spot.

The Blitzboks remain the number one ranked side.