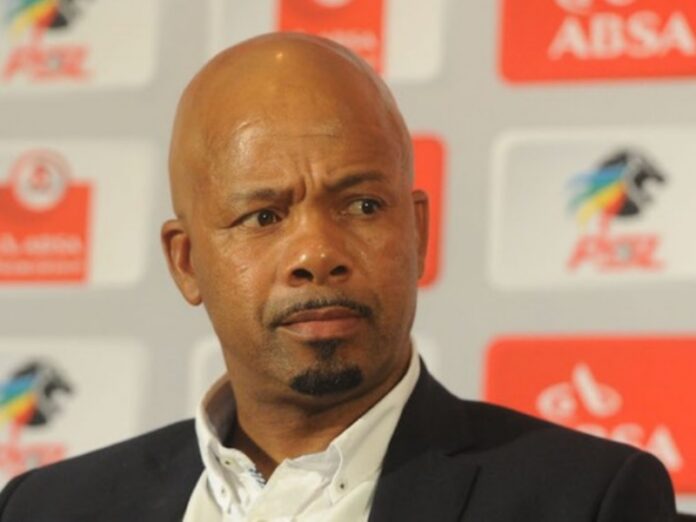 After spending 35 years as a professional player, then manager, the 53-year-old coach revealed he can no longer depend on unreliable coaching opportunities.

Tebza said he has always had a passion for engineering and decided to get his qualifications last year.

“I was at Johannesburg Technical College where I did my 3-month course,” he said.

“I met up with my friend Raymond Oberholster who convinced me to join his company. At first, I will be the company’s ambassador, then he will show me the ropes and I will eventually work full time for the company.”

During his playing days, Tebza was a midfield ace for Orlando Pirates. He made his debut for the Bucs in 1987 and left in 1993 to play for Gaziantepspor in the Turkish Super Lig.

He also had a spell in Colombia where he played for Once Caldas and became the first South African to score a goal in the Colombian top flight.

He played for Bafana Bafana before retiring in 1997 to take on coaching. His first coaching gig was at Pirates where he was an assistant coach from 2001 to 2016.

He worked at Chippa United as an assistant in 2017,  then was appointed as their caretaker coach in 2018. He also coached former National First Division outfit, Buya Msuthu, in 2016.

He coached the South Africa U/17 national team and his last coaching job was in 2020, where he mentored the Super Eagles in the ABC Motsepe League.

After being without a coaching job since 2020, Tebza has had to make a decision for a better future.