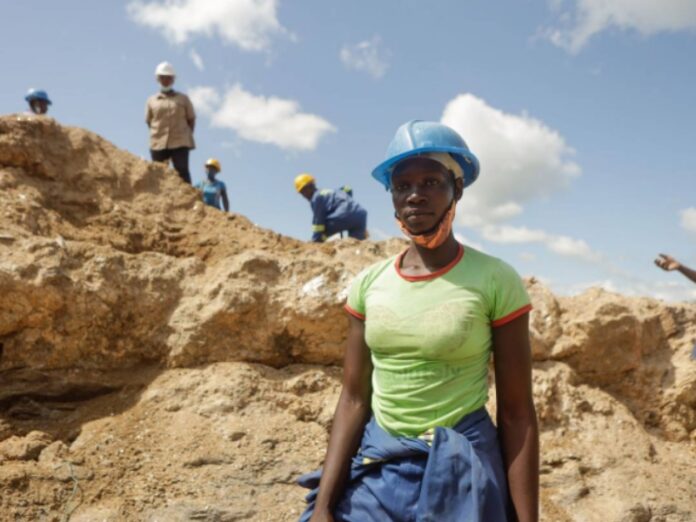 The Zimbaqua mine in Zimbabwe looks just like any other mine – shallow craters with people working hard to extract what’s beneath the soil.

However, the Zimbaqua mine is unlike any in the world. Those working the ground are an all-female team in an industry dominated by men.

The workers at the mine said it has given them a chance to gain financial freedom and independence from their husbands.

Shupi Kabudura became a miner after leaving her abusive husband with her three children.

“I no longer have to bother the father of my children because I am paying school fees for the two of my children who are in primary school. I also buy essentials such as clothes and food,” the 33-year-old told the Thomas Reuters Foundation.

Kabudura is among 25 women employed by the Zimbaqua mine which describes itself as the first mine in Africa to have an entire female team.

The mine has offered a solution to women in the country that suffer from abuse such as rape, domestic abuse or forced marriage.

A survey conducted in 2015 found that one in five Zimbabwean women had suffered abuse at the hands of their husband in the year before the study.

Mine manager Rumbidzai Gwinji said the operation was an attempt to give women financial independence.

“This project has become a solution to women in such situations,” she said.

“It has given them a choice over the environment and lifestyle they want for not only themselves, but also for their children,” the manager added.

The Zimbaqua mine was opened in 2019 by a Danish gem expert who had lived in Zimbabwe for over a decade.

The miners dig for rich deposits of aquamarine, a pale blue to light green gem that is increasingly coveted around the world.

In comparison to the average mining salary in Zimbabwe of around $193 (R2,800) – the women at Zimbaqua earn amongst the highest mining salaries in the country.