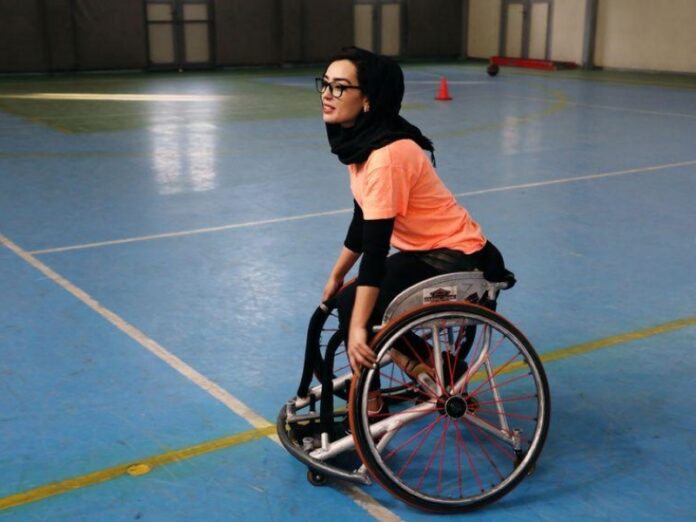 Several female athletes fled Afghanistan after the Taliban reclaimed power in the country, and for basketball star Nilofar Bayat fear is slowly fading as she finds hope in Spain.

Bayat was the captain of the Afghan women’s wheelchair basketball team but after fleeing the Taliban and relocating to Spain, life has not been smooth.

“It is not easy to join a new community because everything is different. It is challenging for me to know how to behave towards people and how to live here,” the 28-year-old told Reuters.

Bayat and her husband accepted an offer to play for Bidaideak BSR Bilbao, a mixed gender professional basketball team in Spain.

Bayat suffered a spinal cord injury when she was two years old after a rocket hit her family home in Kabul.

Among the hurdles Bayat faces is a serious language barrier.

“The food is nice, the people are nice, but I can’t share my feelings and my ideals with them,” she said.

Bayat has been attending Spanish lessons in an attempt to improve her chances of settling into Europe.

Bayat is also a trained lawyer in her homeland and has aspirations of establishing an organisation that helps Afghan women with disabilities in Afghanistan and Spain.

“I want to stay here and work for those women that are here in Spain. I know how they have to start life from zero like me,” she said.

Bayat and her husband have not played professionally since arriving in Spain due to their immigration status. The president of the basketball team said both of them will soon be recognised as political refugees and be allowed to play.

Bayat however remains concerned that her people at home are being abandoned by the outside world.

“Everyone is forgetting Afghanistan. No one is speaking about my country,” she said.