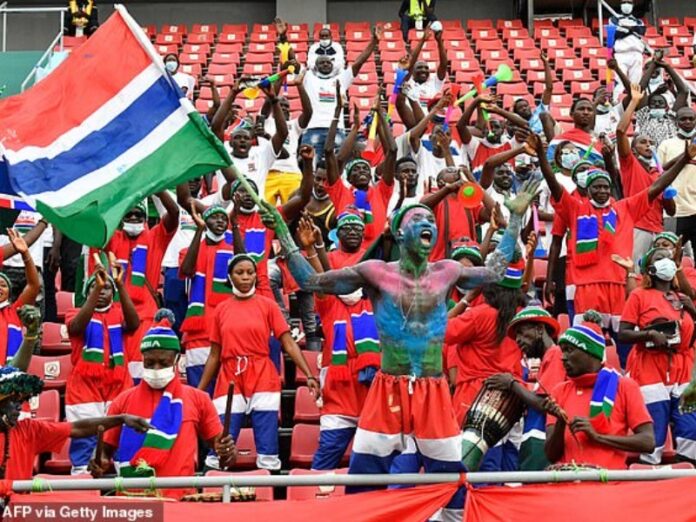 Gambia shocked the world with their impressive performances at this year’s Africa Cup of Nations (Afcon) but have since been slapped with a stadium ban and cannot host international games.

Midfielder Sulayman Marreh said the stadium ban on the country’s national stadium is a “disgrace”.

The ban came as the Confederation of African Football (Caf) indicated that the Independence Stadium in Bakau does not meet the necessary standards to host international matches.

The Scorpions impressed the footballing world when they reached the quarter-finals in their debut Afcon hosted in Cameroon, but are now forced to play their home fixtures for the next Afcon qualifiers in a different country.

The team’s fixture against Chad on 29 March, to qualify for next year’s Afcon, has been moved to Morocco.

“It’s a huge disappointment not to be able to play at home after our historic Nations Cup qualification – and now again against Chad,” Marreh told BBC Sport.

“I think the people responsible should look at themselves because this is a big disgrace for Gambian football. I hope they can fix it as soon as possible because the Gambian people don’t deserve this.”

The last time the national Gambian football team played at the Independence Stadium was in March 2021 when they defeated Angola 1-0 to qualify for their first ever Afcon tournament.

“We were looking forward to playing in front of our fans after a long time without playing at home,” said Gambia captain Omar Colley.

“I know they’ve also been waiting for this moment but none of us are in control of this situation. It’s a shame that we have to play away, especially coming back from a great tournament.”

The Independence Stadium is the country’s only international stadium. It was built in 1983 and has never undergone major maintenance.

General manager of the stadium Ebou Faye said they felt this ban had been coming since 2019.

“At the time Caf came up with their stadium must-have requirements we shared it with the government. The government did give us some money to improve some areas but not everything was done,” Faye said.