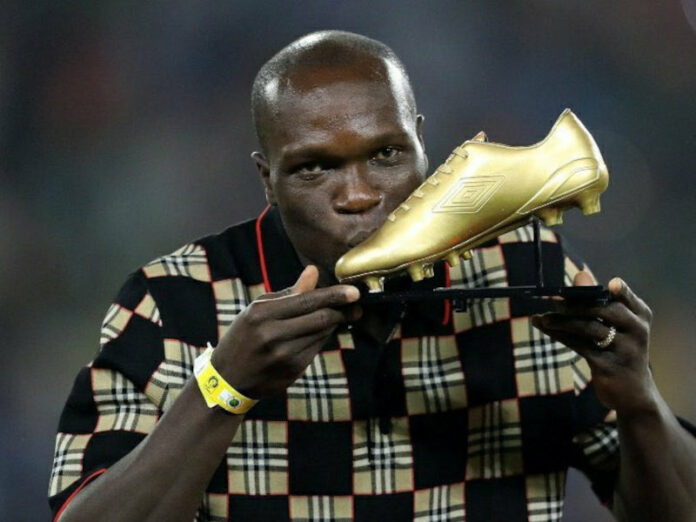 Seeing football back on the main stage in Africa is cause for celebration on its own but the stars of this year’s Africa Cup of Nations elevated the tournament to new heights. Below is Scrolla.Africa’s dream team of the tournament.

The Egyptian shot stopper could have been named player of the tournament. He certainly deserved to be goalkeeper of the tournament. The 33-year-old saved a remarkable five penalties in Cameroon, including two in the final. He was deservedly named man of the match in the game, despite being edged out on penalties by Senegal.

The right-back who almost operates as a right-winger once again showed why he is one of the best in the world in his position. The Moroccan also scored two of the best free-kicks at this year’s tournament and perhaps the best to have ever been seen at Afcon.

The Paris Saint-Germain defender played a major role in ensuring his side did not concede until the quarter-finals of the competition and even had a hand in a goal in the semi-final.

The youngster may have had a torrid final outing on Sunday night, but he has been one of the best finds from Afcon. The 23-year-old only recently made his debut for Egypt but plays like a seasoned veteran at the heart of the defence.

The powerful full-back poses a major attacking threat down the wing where Sadio Mane operates, making it increasingly difficult for the opposition to stop both of them. Ciss played an important role in the attacking threat of Senegal throughout the tournament.

The perfect box-to-box man for Burkina Faso was a workhorse in the midfield, playing at full pace throughout the 90 minutes of every match. Guira is and was integral to the style of play Burkina Faso employed at Afcon.

Hongla ended the tournament as one of the players with the most number of assists. The midfielder managed three assists during the tournament and was pivotal in helping Cameroon’s attackers to get their chances.

The Liverpool winger scored two and assisted two in Cameroon but most importantly, he scored the winning penalty that gave Senegal their first ever Afcon trophy.

The winger moved between both flanks throughout every game, causing havoc for his opponents. His ability to dribble past players contributed to Cameroon finishing with the most goals scored at the tournament.

While his striker partner will take the prize for best striker, there is no doubt Ekambi was the best partner in crime. In another tournament, with his five goals in seven matches, he would have finished top goal scorer.

The veteran striker scored an outstanding eight goals at Afcon, the first time anyone has achieved this feat since 1974 when Ndaye Mulamba netted a record nine goals. Aboubakar was lethal in front of goal and cemented his place in Afcon history.