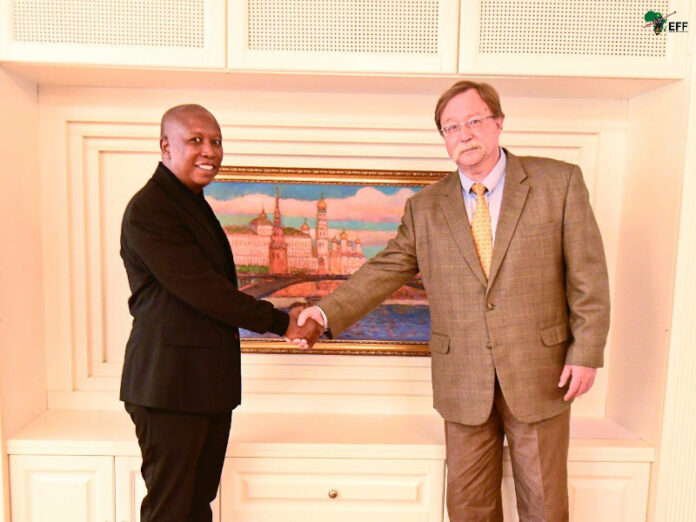 Leader of the Economic Freedom Fighters (EFF) Julius Malema met with Russia’s ambassador to South Africa on Wednesday and his party later announced its support for Russia’s invasion of Ukraine.

“We met with the ambassador of the Russian Federation in South Africa, Ambassador Ilya Rogachev, in Tshwane today,” Malema tweeted.

“We received first-hand information on the ongoing military operations in Ukraine from the embassy, not from neo-Nazi propagandists,” he said.

The EFF later released a statement announcing its support for the invasion saying it is “convinced that there is absolutely nothing wrong” with Russia’s actions.

The statement included a list of “indisputable facts” regarding the war, several of which were misleading and untrue, including:

There is no evidence that the US has produced biological weapons in Ukraine.

Putin has long argued that genocide is being committed by Ukraine in these regions but there is no evidence to support his claims.

There is overwhelming evidence that Russian forces are targeting Ukrainian civilians. A theatre in the besieged city in Mariupol that was sheltering over 1,000 civilians was bombed on Wednesday.

Russia’s war is also illegal. On Wednesday the International Court of Justice ordered Putin to immediately withdraw his troops from Ukraine.