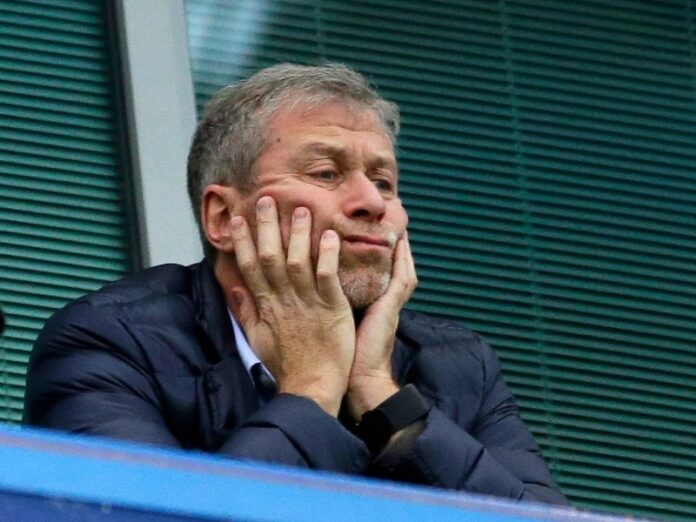 While the United Kingdom’s government sanctions are aimed at the club’s owner Roman Abramovich, it is Chelsea fans who are suffering the consequences.

British Prime Minister Boris Johnson on Thursday announced that seven Russian businessmen, including Abramovich, will be sanctioned because of their ties to President Vladimir Putin.

The sanctions halted the sale of Chelsea after the Russian put the club up for sale last week, among other punishments that could paralyse the club.

With Chelsea unable to sell matchday tickets or any merchandise, as well as being unable to sell food or drink on matchdays, the club can no longer generate revenue.

The aim of the sanctions is to prevent the club from making any financial gain that could benefit Abramovich.

However, being unable to make any revenue could leave Chelsea facing liquidation – which would see them handed a 9-point deduction in their league points.

Further revenue loss will come as season ticket holders are the only fans allowed into Stamford Bridge, the club’s headquarters.

The club currently has 28,000 season ticket holders meaning there will be 14,000 empty seats each gameday while the measures remain in place.

They are to be in place until 31 May, with no confirmation as to what could take place after that date.

Chelsea may well find themselves scratching for loose change in the couch to stay afloat.

A separate issue arising from the sanctions is that government interference in football activities is a violation of Fifa rules.

Fifa recently suspended both Kenya and Zimbabwe from its competitions due to government interference.

As the British government directly interfered with football relations, England could face being excluded from Fifa competitions.

While fans, players and staff, who have no business with any military operation, suffer the consequences of actions by their owner – Chelsea defeated Norwich City 3-1 in the Premier League.

While unlikely, the current European and World champions could suffer a fall from grace into irrelevance.