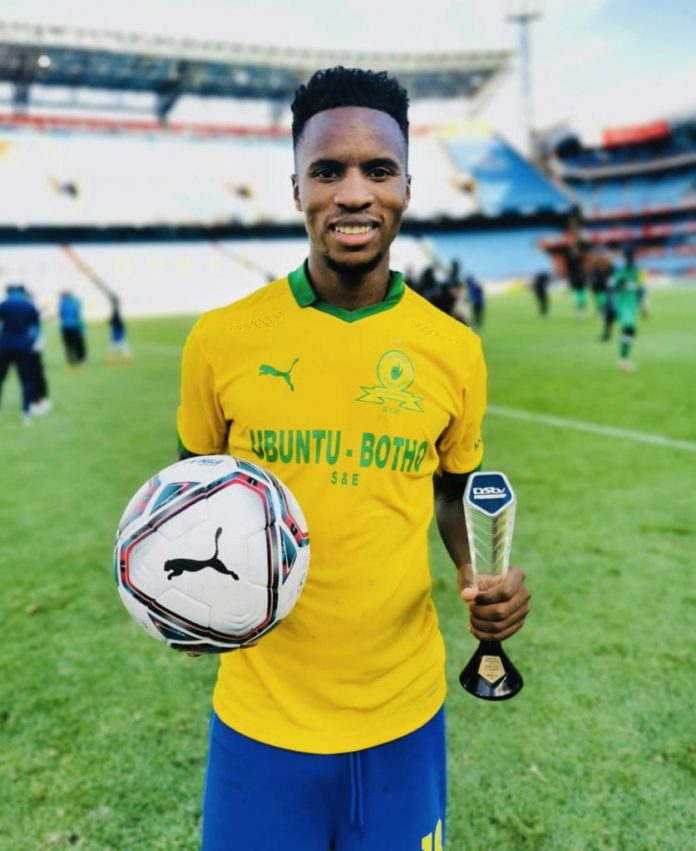 Mshishi became the first player to score a hat-trick in a match this season. Downs came from a goal behind to win 4-3 at Loftus Stadium.

Former Kaizer Chiefs and Orlando Pirates Lehlohonolo Majoro had opened the scoring for Usuthu in the 15th minute.

After that goal Mshishi stole the show, scoring three goals in the 19th, 21st and 30th minutes.

Just after the break Former Pirates forward Luvuyo Memela pulled one back for the Durban outfit to cut the deficit to one.

In the 53rd minute Usuthu found themselves two goals down again when last season’s joint top goalscorer Peter Shalulile scored to make it 4-2 for Downs.

Sandile Khumalo pulled one back for the stubborn visitors in the 59th minutes to make it 4-3.

Mshishi and his three goals took him to top of the Premiership scoring chart with four goals. Mshishi was awarded the Absa Premiership Footballer of the season accolade last month.

Downs is on top of the Premiership table with 10 points, having won three matches and drawing one. If they continue with this performance they could easily defend the league title they have won three times in a row.

Usuthu who are left licking their wounds are in 12th position with four points. Sunday’s defeat was their second.