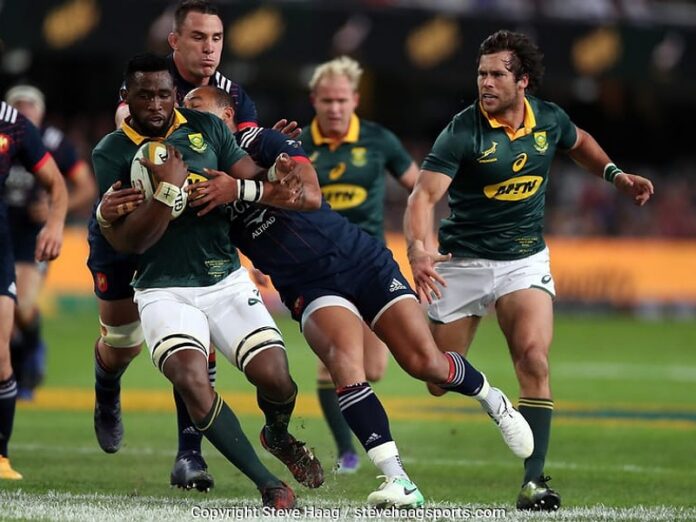 Watching South Africa A play Munster was a depressing thing – and not only because the South Africans were so hopelessly outplayed.

The visitors looked like puppies that had fallen into the swimming pool in winter. They would have done better if they had appeared on the field wearing space suits like astronauts.

In the meantime, on the other side of the field, the Munster players were revelling in the conditions, throwing the ball around with abandon, creating one scoring opportunity after the other.

The match on Thursday night proved one thing: to play good rugby in Cork, you have to be born in Cork.

One could go as far as saying there is almost no point in analysing the performances of the individual South African players.

So where is the sunshine for South Africa?

Unless the weather gods really hate South Africa (and perhaps they do), there is almost no chance that the weather at the Rugby World Cup will be anything like Cork. It will not be played with the wind howling off the Celtic Sea and rain lashing in at 30kph. It is being played in France in September (next year).

According to Weather25.com, the temperatures in France in September are comfortable, with a low of 13°C and a high of up to 22°C.

“You can expect about three to eight days of rain in France during the month of September.”

It’s different to Ireland, where you can expect a total of three to eight hours of sunshine a day from now until about March next year.

The forecast for tomorrow in Paris is a minimum of 13°C with a wind speed of about 6kph and 0% chance of rain. In fact, when you think about it, just about what you would expect for a braai-evening at Loftus Versfeld in Pretoria.

It is, however, a real test for the Springboks. Of all the excuses Jacques Nienaber and Rassie Erasmus have in their “we’re not worried” armoury, they will not be able to blame the weather.

It is crunch time for the Springboks – but no less important for France.

Late on Friday afternoon it was announced that Jasper Wiese had not fully recovered from concussion and tha Kwagga Smith moves into the number eight position. Deon Fourie comes in on the bench.