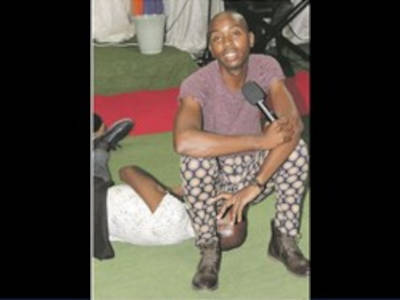 A Limpopo pastor has whipped up a windy storm online after it emerged that he performs miracle heals on his congregation by farting in their faces.

The pastor from Giyani, Limpopo, founded the Seven Fold Holy Spirit Ministries, and goes by the name of Christ Penelope – which is probably what his congregation exclaim when he releases one of his gassy miracle cures.

A picture has circulated on social media of the pastor squatting over the face of a congregant, who’s lying on the ground below him.

The congregant’s face is hidden by the pastor’s chatty rear-end, but Penelope’s looking directly into the camera, with the undeniable expression of a man who’s just relieved himself of a great burden.

After the picture went viral, Penelope justified his smelly act to Drum, declaring his farts to be a demonstration of God’s power.

He explained that the ritual begins by putting his unwell congregant into a deep sleep.

He then farts in their face, which he claims has the power to heal any ailment that they are suffering from.

“It started with Master Jesus when he stepped on Peter. It is the demonstration of God’s power. Just like God made Adam go into a deep sleep, it is a similar thing. God did anything with the body of Adam while he was on the ground in deep sleep. He was not feeling anything,” Penelope told Drum.

We can’t recall the passage in which God farts in Adam’s face, but that’s Penelope’s interpretation.

According to the pastor, it is vital that the fart is delivered in close proximity to the congregant’s nostrils.

This apparently allows his “healing power” to enter the body and do its divine work.