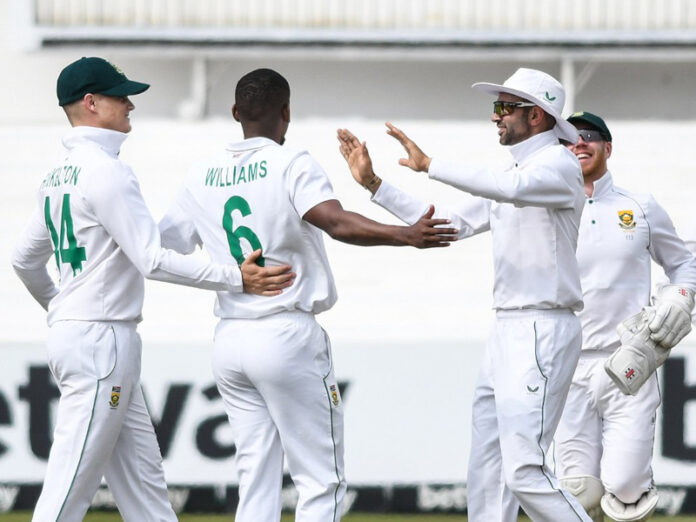 Mahmudul Hasan Joy fought hard to ensure that South Africa’s lead was under 100 as they stepped in to bat their second innings in Durban.

The Proteas picked up night watchman Taskin Ahmed early, however Liton Das made a good 41 off 92 to stabilise the innings alongside Mahmudul and ensured there were no further wickets in the first session.

21-year-old Mahmudul remained at the crease to score his maiden test 100 and built good partnerships with the lower order after Das was dismissed by debutant Lizaad Williams.

Williams took three wickets today, including the final one of Mahmudul for 137 off 326 deliveries. The pacer finished with figures of 3/54 with an economy of 2.9.

The visitors finished all out for 298, sending South Africa back in to bat with a lead of 69. The hosts could only face four overs, though, with a combination of rain and bad light resulting in an early close to day three.

Sarel Erwee and captain Dean Elgar will go out to bat on the penultimate day of the test match with the score 6/0 with the Proteas leading by 75.