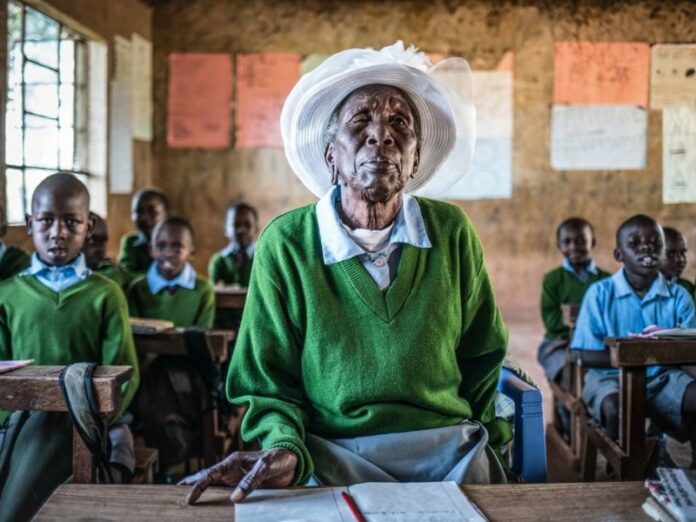 A Kenyan gogo has gone back to primary school at the age of 99 to embark on her mission to become a doctor.

In a rural classroom in Kenya’s Rift Valley, Priscilla Sitienei sat alongside her fellow pupils, all of whom are over 80 years her junior.

“I would like to become a doctor because I used to be a midwife,” Sitienei explained to Reuters.

As the 99-year-old Gogo went to class in the school’s customary grey uniform, she said she made the decision to go back to school in order to set a good example to her great grandchildren.

The great grandmother is currently in her sixth year of primary school, having started in 2015, and had the idea of returning to the classroom when her great granddaughter dropped out after falling pregnant.

“I jokingly asked if she had any fee balance left in school and she said yes, so I told her that I would use it to start me off in school,” Sitienei added.

She hoped that the joke would just encourage her great granddaughter to return to school but when that failed, she returned to school herself.

Sitienei said being at school with her other great grandchildren and participating in physical education classes with them brought her great joy.

“It keeps me fit. I get to jump around, even though not as much as they can do, but I at least move my body. That is my joy,” she said.

Sitienei added that all the members of her family were supportive of her decision to go back to school at her age.

Since 2003, the Kenyan government has subsidised primary schooling, allowing the elderly who missed out on an education to be granted a chance to do so.

The legislation instantly propelled a handful of elderly people to stardom when they decided to return to school. But the oldest and most famous of these is Sitienei, whose story has even become the inspiration behind a new movie.

Gogo is a film based on Sitienei’s journey and the then 98-year-old was even able to take time off school to travel to Paris to see its premiere.

The movie is heading to New York this year, and Sitienei is expected to make an appearance.