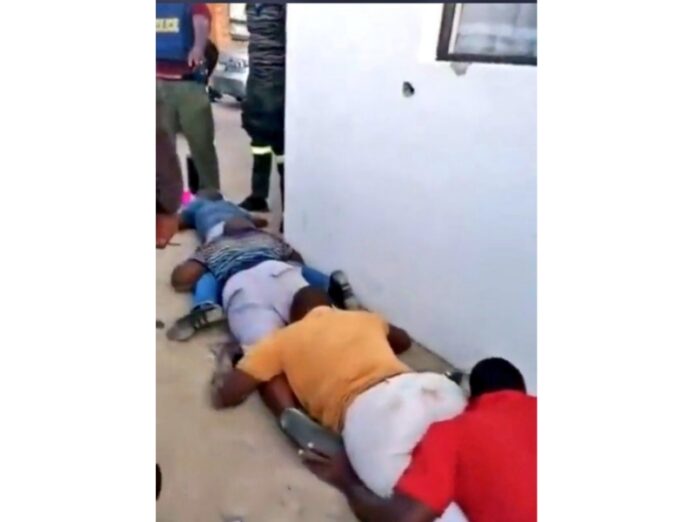 There was a heavy police presence as 10 suspects involved in Monday’s shootout with the police in Johannesburg’s Rosettenville appeared at the Johannesburg Magistrate’s Court on Wednesday.

Police officers in uniform and civilian clothes attended the hearing, with some parked outside the main gate used by vehicles transporting suspects to and from the court.

The suspects, which included a 67-year-old Zimbabwe national, were arrested on Monday after the police foiled a cash-in-transit robbery being planned by a gang of 25 people.

Eight of the suspects were shot dead by the police in one of the largest shootouts in South Africa in recent years, while several more were injured.

Six suspects, including two members of the South African Police Service, escaped and remain at large.

One suspect was apprehended by police on Wednesday and later confessed to firing the shot which struck an officer in a helicopter during the shootout.

The men appeared on different charges ranging from the eight murders, attempted murder, possession of unlicensed firearms and ammunition, possession of explosives, possession of hijacked vehicles, and conspiracy to commit a cash-in-transit heist.

Hawks spokesperson Brigadier Thandi Mbambo said police are still profiling the suspects to establish whether they are connected to other cases.

On Monday, IPID spokesperson Grace Langa said one police officer was shot on the forehead and had died on the scene. But on Wednesday, IPID retracted the statement and said no officers were killed during the shootout.

All SAPS members and a JMPD member who was shot and injured during the ordeal are recovering well.

Provincial police commissioner Lieutenant-General Elias Mawela, who visited the wounded officers on Tuesday, said the health of the injured members had since improved and all affected “are in high spirits”.

The case has been postponed to 3 March 2022 for verification of addresses.