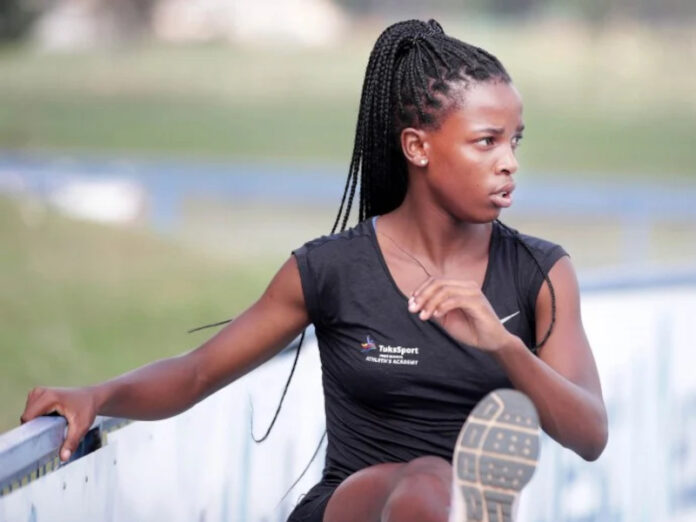 On the anniversary of the 200m record set by Evette de Klerk, 17-year-old Viwe Jingqi has set a new South African youth record time of 23.03 seconds.

The previous record of 23.30 seconds was set on 2 April 1982. It looked cast in stone until Jingqi stepped up on the same date four decades later.

The TuksSport high school learner is currently the fastest under-18 female athlete in the world, after winning the 100m in 11.22 seconds at the South African Junior and Youth Athletics Championships.

In February, Jingqi broke the 100m record, which had stood for 38 years, when she ran a time of 11.47 seconds, which she has already improved upon in just two months.

Jingqi, who is tipped to be a future Olympian, said that she still has more to give.

“They say I am not a human, but a machine, and I think it is true. I broke three records wearing new spikes, and I knew I could run faster times,” Jingqi told Athletics South Africa.

“I am consistent and know what I want to do on the track. I kept my concentration throughout the day and never lost focus, and was rewarded with the national title in the 100m.”

South African athletics statistician Danie Cornelius said that the teenager could set a time under the 23-second mark this year in the 200m event.

“The conditions were far from perfect on Saturday. It rained most of the morning. The track was heavy and slow, but it did not faze Jingqi. She ran brilliantly,” he said.

“She was ahead of the record coming out of the curve and then got even faster. I have no doubt that on a warm day and a dry track she will come close to running 22.60s.”

Cornelius said while Jingqi may not look the part, she has become a giant to her competitors when she lines up on the track.

“Jingqi still has no physical traits distinguishing her from any other athlete. Only when she races do realise that she is the real deal,” he added.